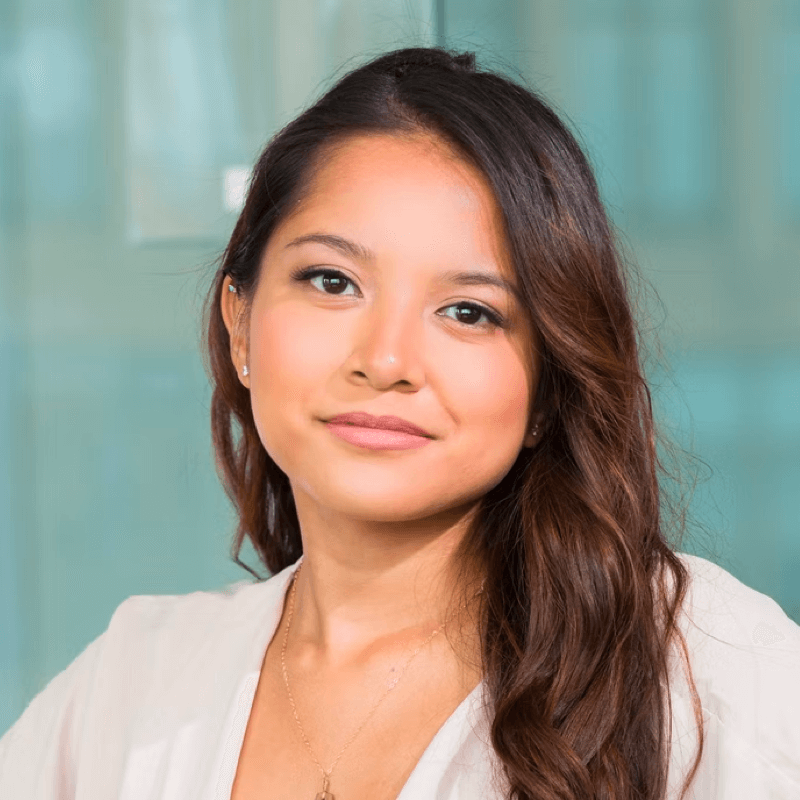 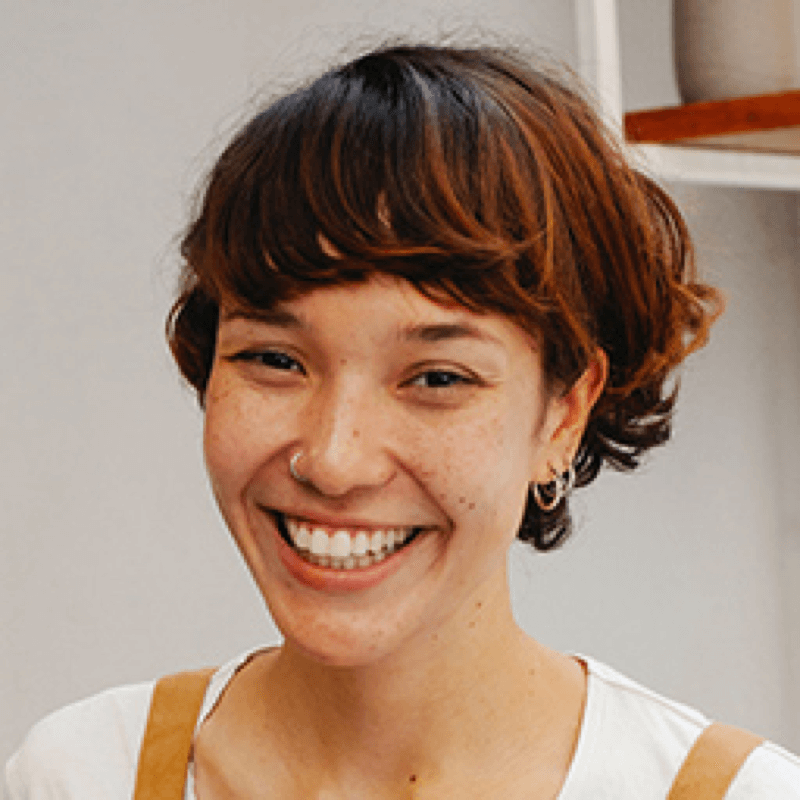 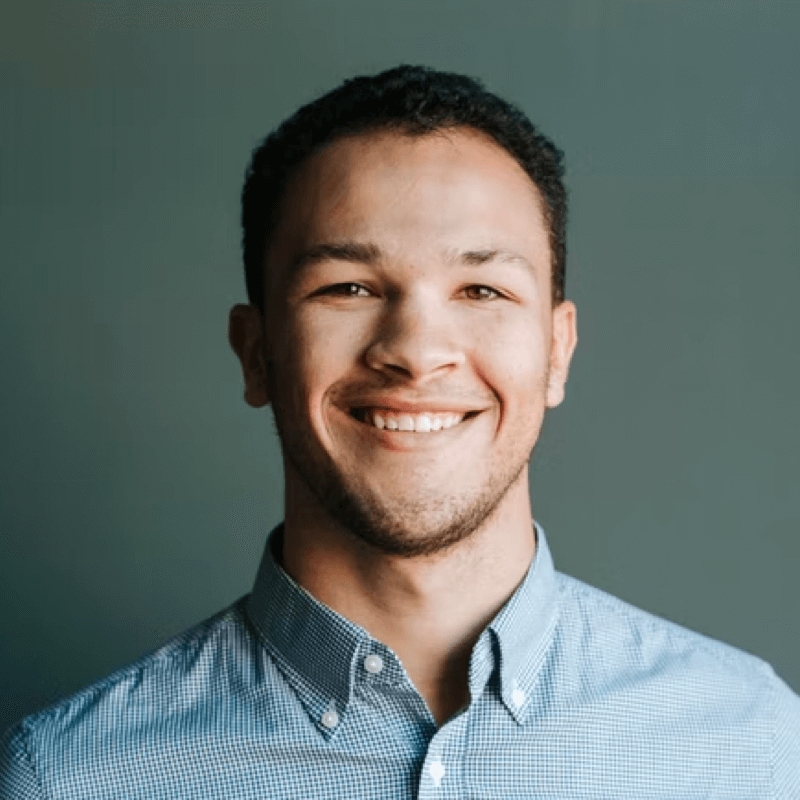 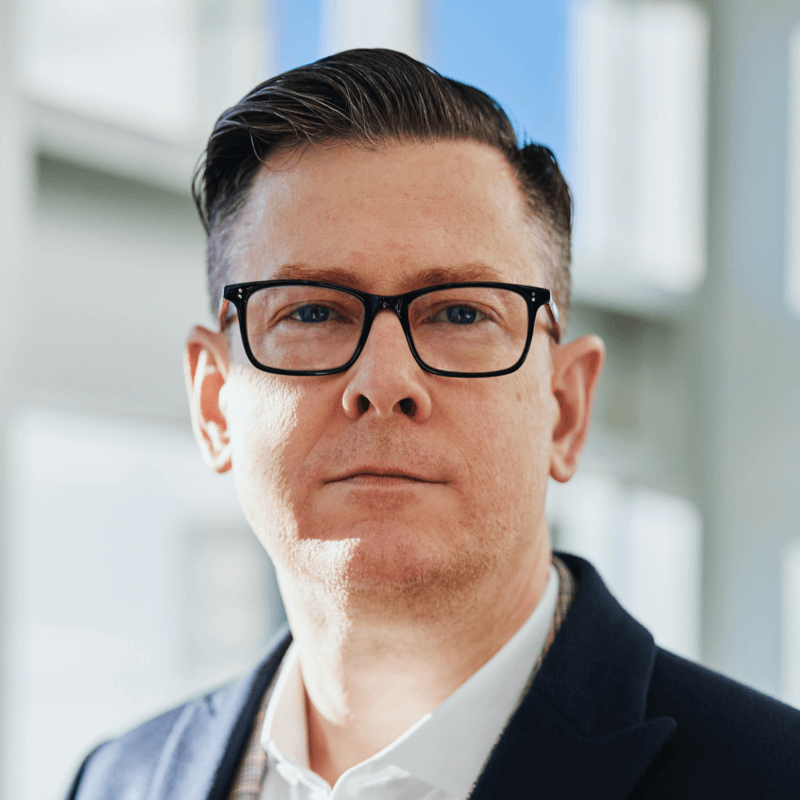 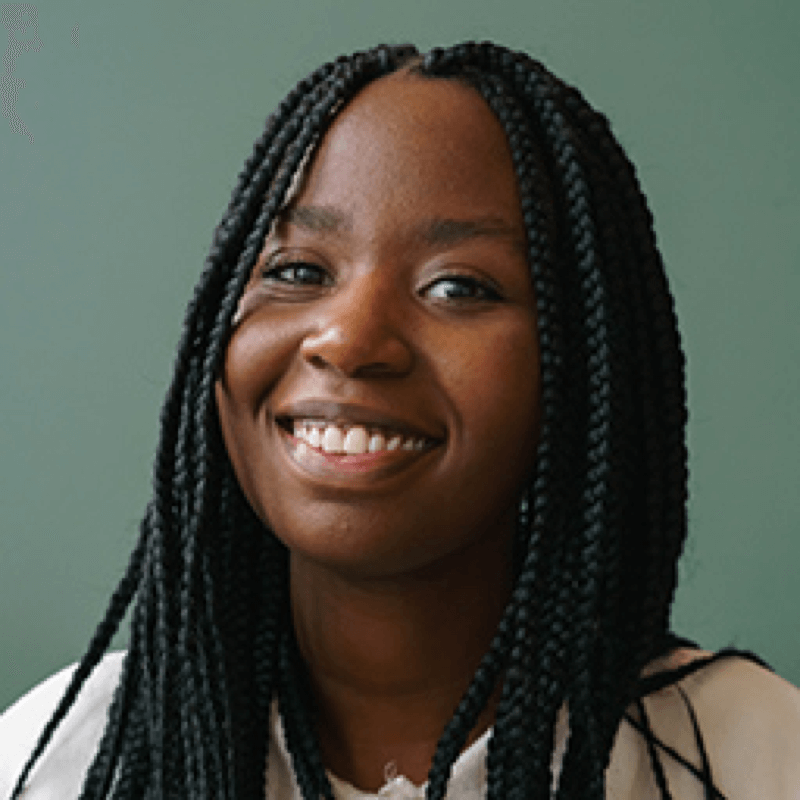 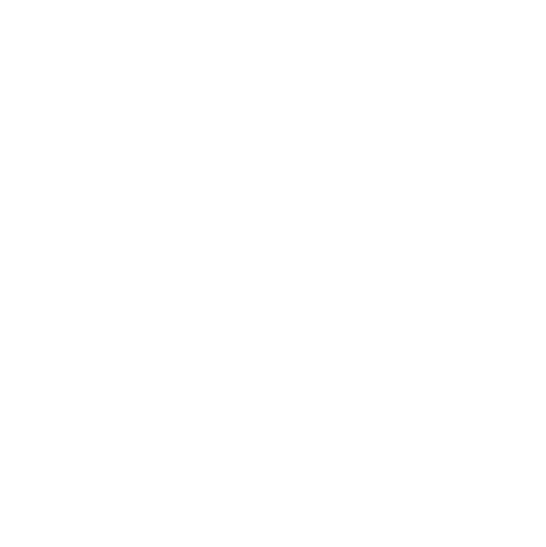 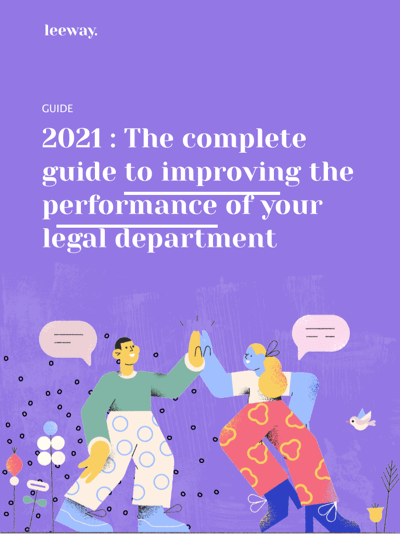 Why in-house lawyers should be thinking about blockchain, with Lyuba Popova, Senior Legal Counsel at Paysafe

Blockchain has been around for well over a decade and yet most still know very little about it.

Gartner forecasts that blockchain will generate annual business value of more than $3 trillion by 2030. Moreover, it's suggested that 10% to 20% of global economic infrastructure will be running on blockchain-based systems by that same year*.

Considering the significant blockchain uses in the financial services space, it's becoming increasingly important for in-house lawyers operating in such industries to have an understanding of this often perplexing technology and its implications.

We know blockchain can be confusing. That's why, in this article and following on from her Legal Spotlight with us, Lyuba Popova, Senior Legal Counsel at Paysafe, helps us explore an introduction to blockchain and why in-house counsel working in fintech should be thinking about it.

Before we dive into our conversation with Lyuba, let's set the scene.

Blockchain is an open, decentralised and immutable database that facilitates the process of recording transactions involving value (for both tangible and intangible assets).

To help you visualise this, think about how people can now communicate directly with one another through the likes of a phone call, an instant message or an email. In this example, the communication goes from Person A to Person B instantly. Yet, when it comes to financial services, people have to rely on a third party to complete their transactions, with the value travelling from Person A to the Third Party to Person B.

Blockchain challenges this approach and mitigates the need for an intermediary.

How does blockchain work?

The name 'blockchain' can help us understand how it works. Blockchain stores transaction data in 'blocks' and connects them together to form a 'chain'. Each block contains a digital fingerprint called a hash, the hash of the previous block and a group of verified time-stamped transactions.

Linking the blocks together using the previous block's hash (or digital fingerprint) makes it difficult for the order of the chain to be broken and helps prevent any block from being altered. Therefore, with every block that is added the verification of the previous block is strengthened and, as a result, as is the entire blockchain.

So now we have a basic understanding of what blockchain is, let's hear from Lyuba.

Thanks for speaking with us Lyuba.

You've told me that you're interested in blockchain and cryptocurrencies. How did you get into this?

I'm actually a little ashamed to say that I only really got into it last year. It's been around since 2008 so while it's still early for some purposes, I feel I should've known more earlier considering I work in the area.

In my opinion, we're on the cusp of a financial revolution whereby the financial services we know now will not function in the same way in a few years from now. Blockchain opens up the door to a decentralised financial system working cross-border with peer-to-peer transactions. It's an immutable system that allows you to have live transactions on the network without the necessity of having a clearing company or one central operator.

It's been here for more than a decade now and a lot of smart companies are building on the solution to develop it in different contexts. I don't see any other way other than adopting it at some point in time.

In your experience, how have lawyers felt about blockchain to date?

It varies but many people don't understand it right now. Some people in the wider financial industry might see it as a threat to the traditional financial system. But, love it or hate it, it feels like you'll have to embrace it sooner rather than later because it is where we're going as a sector.

Smart contracts are part of having a decentralised, virtual financial system working in a permissionless area, without the need for intermediaries who are controlling or centralising the process. I firmly believe it won’t be long before fintechs start running on DeFi protocols.

What exactly are smart contracts?

Smart contracts are completely digital contracts that automatically execute when predetermined conditions are met. Generally, they're used to automate the execution of an agreement so that all participants can instantly be certain of the outcome, without the loss of time or the need for an intermediary.

And what about cryptocurrencies? What are these all about?

Cryptocurrencies, one may say, are an avatar of the blockchain solution of sorts. It's a digital currency secured by cryptography whereby transactions are verified and records are kept by a decentralised system, rather than by a centralised authority. Right now, it's a very speculative instrument whereby a lot of people see it as a way to get rich fast. There's a saying that ‘you get into crypto and blockchain for the money but you stay for the revolution’.

When you start researching the topic, you do tend to find yourself down the rabbit hole of information. You start knowing a lot more about the theory of money, the theory of financial systems and different economic theories. It challenges that the Keynesian theory is perhaps not the best one that we have to abide by, as we have done to date.

I think areas like this are the next big thing on the roadmap for the financial and technology industry.

Why do you think it's important for in-house counsel to be aware of these technologies?

I am absolutely convinced that there will be a time in the future where lawyers will need to if not code themselves then at least be able to read code. They'll need to be aware of how the code is written as the emergence of smart contracts means that we're straying away from the centralised provision of services.

Obviously, you have to build these contracts in a way that is legally compliant and need to put the right regulation around it. That said, this needs to be done with caution. We don't want to stifle it with regulation but rather have the right legal context behind it to ensure it can be trusted and adopted by the mass public. Ideally, lawyers will understand how the code operates so that they can put the right legal background behind it, help in identifying if and when an Oracle is needed, etc.

To me, becoming a lawyer in tech means that you have to, in the near future, know about these things. You don't necessarily have to be proficient in coding but you should have a good awareness of what's happening behind the scenes to be able to properly advise your software developers to build the code the right (compliant) way.

It can sound quite complex but when you start to learn about it, it becomes pretty exciting!

You mentioned that some lawyers are a bit hesitant. It sounds like we might need to shift our mindset to embrace blockchain more effectively?

Absolutely. I was a sceptic myself at the beginning. Back in 2018, I was introduced to a blockchain project and I was very dubious. I did my research and from what I understood back then, it was risky. I couldn't see which laws would regulate the relationship so I was very hesitant. However, once you start educating yourself and exploring the concept, you understand that this is an ingenious tool and revolutionary technology.

I believe blockchain will become increasingly mainstream so the best favour you can give yourself is to start educating yourself on the topic.

Why do you think legal professionals are struggling to embrace this innovation?

I think lawyers' comfort with innovation depends on how much they're exposed to these things. In some parts of the world, areas like blockchain and crypto are already taught at universities and people are already getting prepared - but that's not the case for most.

I have to say that from my own experience, standard legal education is very outdated. I'm not saying that traditional legal institutes are not important, on the contrary. But at some point in time, you have to bring education a little closer to real practice and the real world. I guess because the legal tech area is still seen as an evolving trend, not many universities have those types of disciplines included in their curriculum yet.

The more you bring legal education closer to practice, the better professionals you're preparing for the future.

How did you go about educating yourself?

There's so much information available online so I started reading relevant articles, and then moved on to books on the subject. I also started communicating more with software developers who understood the underlying technology and could translate it for me in a very simple way.

Since then, I’ve researched the matters that are interesting to me from a legal perspective; things around anti-money laundering, compliance issues, data privacy issues etc.

I started listening to podcasts and watching videos. There are many interesting podcasts out there (I highly recommend The What Bitcoin Did podcast by Peter McCormack, and to my fellow Bulgarians – the Bulgarian Crypto Channel by Plamen Andonov). A few books that really shifted my mindset and started my own blockchain enlightenment were The Bitcoin Standard (this is a must-read!) by Saifedean Ammous and The Sovereign Individual by James Dale Davidson and William Rees-Mogg.

I also highly recommend 'Blockchain and Law: The Rule of Code' by Primavera De Filippi and Aaron Wright to lawyers who have doubts about blockchain technology. I found it very eye-opening about the use of technology and why lawyers should bring themselves up to speed.

That's great - we'll be sure to learn more. Thanks for sharing your thoughts with us!

Check out our Legal Spotlight with Lyuba here.

When, why, and how to implement legal tech, with Marie Widmer, Legal Operations Lead @ Dapper Labs

When, why, and how to implement legal tech, with Marie Widmer, Legal Operations Lead @ Dapper Labs 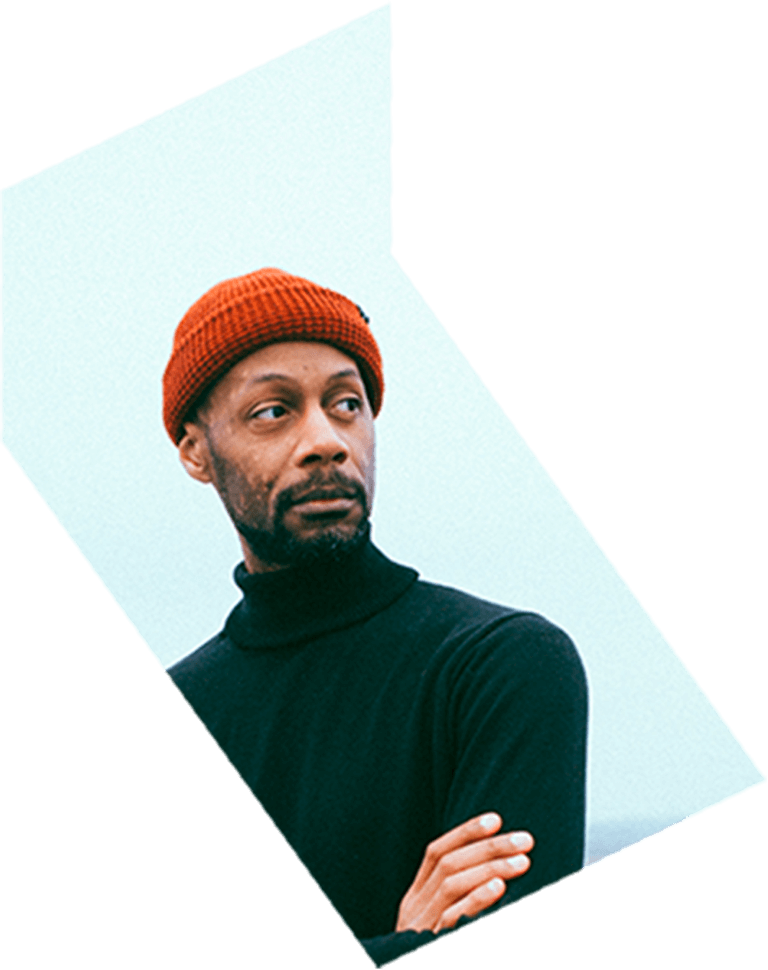